Inspiration and Incubation from an artist’s perspective.

Eons ago I wrote some articles for Creative Portal The first titled Inspiration and Incubation from an artist’s perspective, was excerpted from my first book Gleaner or Gladiator: the struggle to create which is just about out of print. Here is part of that article..

‘ Without inspiration, the obvious tools of creative production are of little use. Sparks that ignite creativity are found everywhere, and can arise from unrelated sources in the most unlikely places. New information triggers a desire to explore, that it will somehow link back to original ideas, that will resurface with a difference taking us closer to a desired goal. The journey of discovery may be quite frustrating but there are ways to negotiate this creative path, which is often quite erratic. Persistence, and a thirst for the knowledge, may help fill in the gaps and give direction.

In the process of searching, creative expression changes without mindful decision on the artist’s part. Using intuition, rather than conscious knowledge, may seem to reduce focus and cause the outcome to be diverse, however it will flow in such a way that the integrity of the work in progress cannot be questioned. It leads to somewhere not reached by rigidity. Research will open the mind to new ideas and help the journey to be understood.

Over periods of time, the ‘real’ art emerged at the point of greatest creative procrastination and frustration. It was a huge relief to understand and accept that some of the difficulties experienced while painting were in fact indicative of change coming. I would unconsciously incubate ideas from research and at a crucial point in time all this ‘forgotten’ information would surface. Although recollection may appear hazy and inconsistent, brain research has shown that we record every detail of life in memory. Imagery actively sought out in the environment will stockpile to feed the mind and emerge at the appropriate moment’. 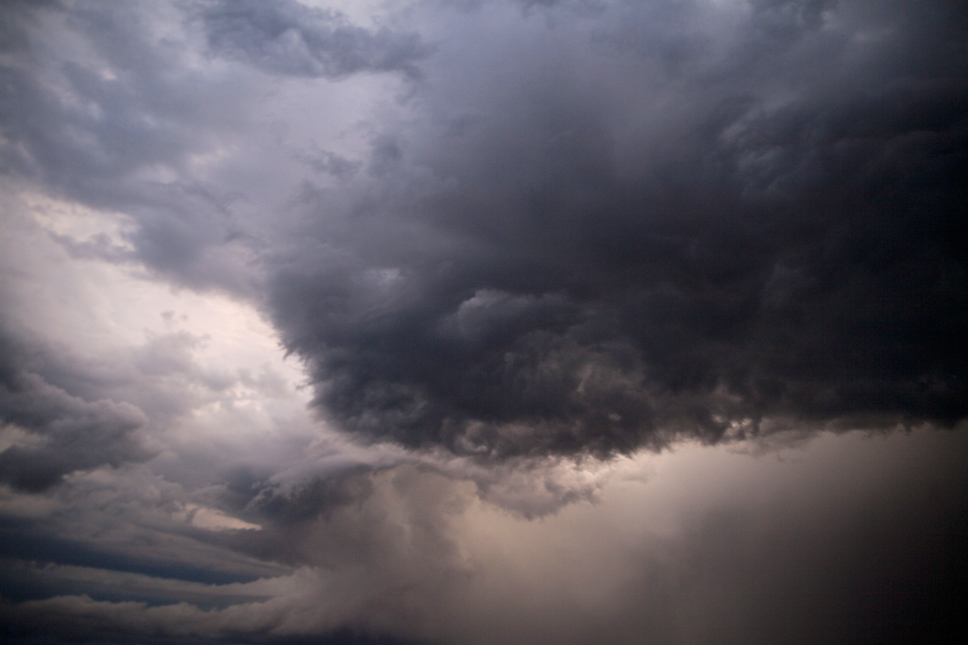 Getting into Flow for the New Year.

Merry Christmas to all, and may you increase the passion and investment in your own creative area to make 2014 a wonderful year.

Reflecting over the past year and beyond I recalled my early research which lead to my first book, Gleaner or Gladiator: The Struggle to Create.  At the time I was looking at the repeated cycles of struggle encountered in the artist’s studio. I may have come a long way since those days but I vividly remember the frustration of pushing through the blocks to discover my true direction.  I doing so I developed an understanding of the process which helps immensely when I encounter similar painful times.

It is an enigma how creative work pours out sometimes and eludes us at others. Just as musicians do, visual artists will rehearse the moves before the ‘real’ work emerges. Earlier in my blog posts I wrote about the Twelve Qualities of a Creative Artist to address the characteristics needed to reach a higher level of achievement. While there may be many other abilities needed to face issues that arise, any understanding, hopefully, will allow us to continue along our chosen path.

My 2014 plan is to give  a two day workshop in my studio in late May to address finding creative direction. The date will be announced on the Workshops Page in the new year and inquiries are welcome. My last work created for 2013 is the painting featured ‘ Where Waters Meet’  which will be the title for my April exhibition at NEO GALLERY at Mt Coolum in Queensland.  Have a peaceful and restful holiday season. 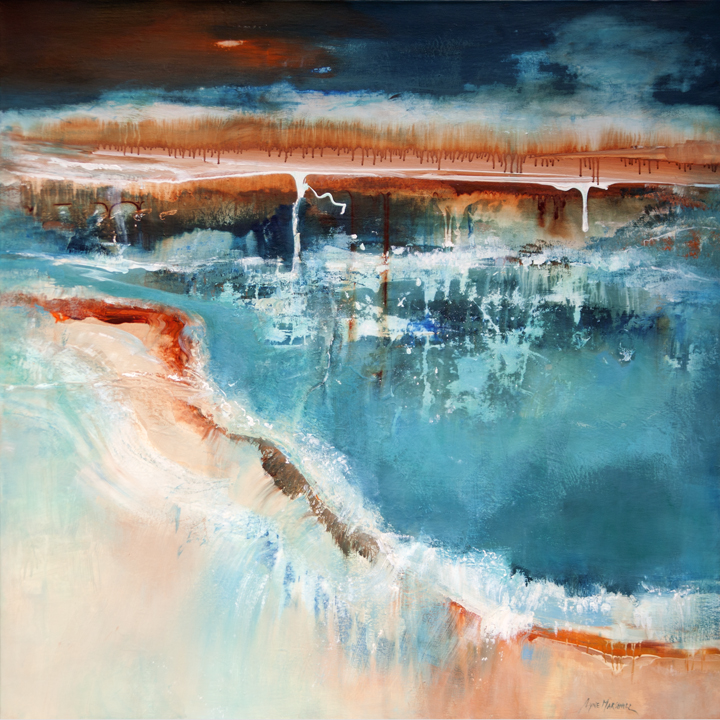 Annoying disruptions and pressing matters can keep us from working at our creative best. Artist and author Lyne Marshall will give an interactive presentation on maintaining enthusiasm and finding inspiration while dealing with the twists and turns of the creative journey.

There is sometime indescribable about walking on the sand of a beach that has been washed over seconds before by ocean waves. It is as pristine an experience as we might have in this modern age where we just have to put our mark on everything in nature.  The very act of walking on a beach can settle a restless mind. Beaches often show the ravages of nature. Trees fall helplessly on the shoreline as their supports are washed away. Nature is not open to being tamed, and will do its will despite our best efforts to hold back time and tide.

Being inspired by the wilderness has been an ongoing passion and as a bit of escapism I reread a book by Joe McGinniss titled Going to Extremes. Written about his year in the Alaskan wilderness in the late 1970’s during the oil boom, Joe describes the spirit of the people, their love of the wilderness and desire to keep it as nature intended.  He also relates how escaping the modern world and dealing with the ongoing cold and isolation has its downsides.

This caused me to revisit in my mind the amazing journey I took in 2009 to Atlin in British Columbia, to visit an inspiring artist Gernot Dick, who had influenced my own artistic journey nine years before when he visited Australia. Travelling via the Alaskan Marine Ferry, the people’s boat, which took us from Bellingham in the state of Washington to Skagway in Alaska, gave me a taste of the spirit of the Alaskan people who had their trucks and animals on the boat. We then went across the historic gold mine railway and into Whitehorse in the Yukon before hiring a car to drive to Atlin.

The inspiration, from my many travels, lingers in the backwaters of my mind and this jumble of information leaves emotions, impressions, and yearnings to express it somehow through artworks. I personally love the way nature erodes the surface of all things creating patterns and designs that seem effortless.  As artists we may expect to recreate the wonder of nature with tools and paints, impossible task really considering how long it has taken natural patterns to occur.

Safe in the knowledge that the brain has the capacity to extract memories from any part of our lives, continuing to feed the creative spirit with what it requires will ultimately allow images and impressions to emerge from a bigger picture perspective. 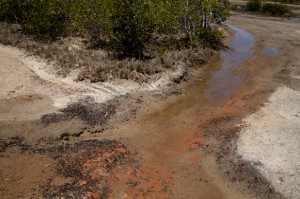 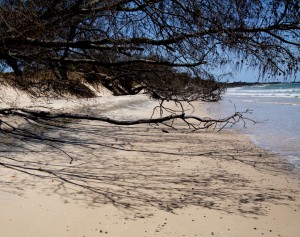 How to go the extra mile?…or kilometers as we say in Australia. It was a lesson I learnt on a recent trip to Hong Kong. When a little lost, as occurred on several occasions, I kept going and found my way.  Often, and at times, just around the corner, the road appeared leading to our destination. This experience can be motivational when the going gets tough, as it did when I was spring cleaning and demolishing my kitchen tiles during recent renovations. At times it was daunting.. so much to do.. however the right tools always came to hand when I persevered. I know that in the bigger picture an answer will always appear if I persist.

After two and half months of renovating my artwork is calling to me. Not long now I say to myself. I do plan to take back to my studio my renovating lesson and convert it to..- When all looks bleak, and you are really tired, an opening will happen. Mostly it will require a little extra sweat to complete things to my best ability, and perhaps more effort that I might have been expecting.

My new kitchen comes in three days…meanwhile, needing a little escape at night from the real world, I began reading a novel by Alex Miller titled Prochownik’s Dream. This story about a fictional artist .. funny how we always want to see how the other person lives.. has some great quotes. One at the very beginning by Simone de Beauvoir that rings of truth reads ‘We cannot arbitrarily invent projects for ourselves: they have to be written in our past as requirements’. Then there is a quote by one of the book’s characters .. ‘the most dangerous time for an artist is when his work has found favor with the public. Then he is tempted to stop struggling and that is what finishes him. He stops taking risks.’

Having recently written a chapter about risk taking in my latest book- Harnessing the Power of the CREATIVE SPIRAL  this spoke to me about the need to always go that extra mile…to want the next work to be better than the last in some way, and to reject complacency. Here is a photo of the offshoot of renovating.. a clean studio I call my sanctuary  just waiting to messed up. I cant wait..